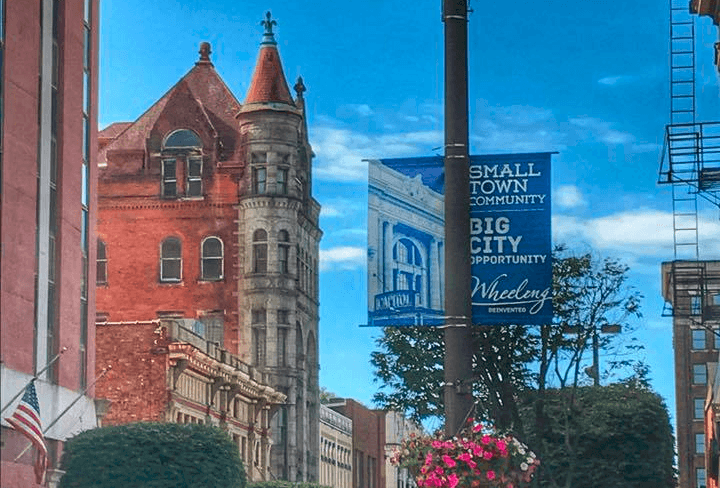 This year’s semifinalists were selected from a nationwide pool of accredited applicants by a national jury based on their successful and innovative uses of the Main Street Approach. Winners will be announced at the Main Street Now Conference in Seattle, Washington, on March 25, 2019.

Wheeling Heritage was chosen as a semifinalist for its success in making the community an exciting place to live, work, play and visit, as well as its commitment to historic preservation and its ability to create strong partnerships.

“It’s an honor to receive national recognition for the impact of our work,” said Jake Dougherty, executive director of Wheeling Heritage. “While all of us here in Wheeling see the progress the city has made, it’s always nice to see people outside of the city recognize our progress and potential. Although we were selected for work that has been done in the past three years as a Main Street community, this is built off of decades of work by many people.”

Wheeling Heritage has been shaping the city of Wheeling’s development since its creation in 1994. It leads comprehensive efforts in historic preservation, arts and downtown development. Earlier this year, Dougherty was recognized by the National Trust for Historic Preservation for leading efforts to increase the West Virginia State Historic Tax Credit, a change that is helping to spur revitalization in Wheeling.

Wheeling was designated as a Main Street community in 2015. Through a merger with Reinvent Wheeling, Wheeling Heritage began operating the Main Street program in 2016.

“We’ve been successful because we are cognizant of the ever-changing nature of our community,” said Alex Weld, project and outreach manager at Wheeling Heritage. “We evaluate and adapt our programming to address pressing needs in the community, which we feel is the best way to help Wheeling continue to flourish. While we’ve taken great strides, our work isn’t done.”