Wheeling Heritage is exploring the creation of a Wheeling museum. The organization has hired Travis Henline, a history specialist, as Museum Project Manager, to identify and develop the concept. 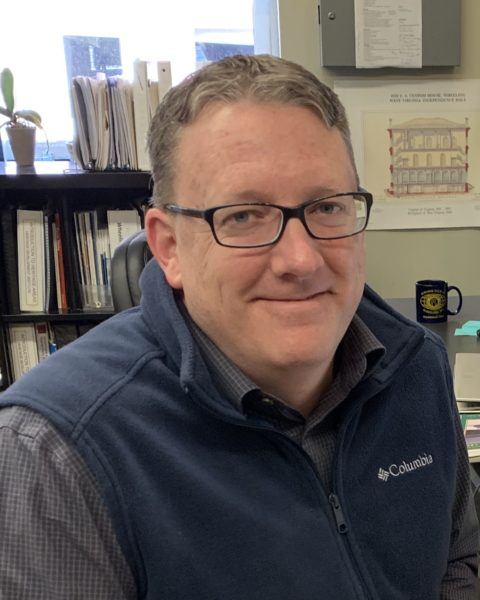 Henline’s primary responsibilities will revolve around identifying and developing the Wheeling museum concept. He will work to identify a potential location for the museum, as well as establish themes and content, work with current museums and historical sites, and design and schedule permanent and temporary exhibits.

“Over the years the idea of a museum has been talked about, but a full-time position had not been put in place for its execution,” said Jake Dougherty, executive director of Wheeling Heritage. “We recognized that we needed to give the museum concept the resources it deserves, and that starts with a position dedicated to its development,” Dougherty said.

With a rich history that includes indigenous people, the Revolutionary and Civil wars, statehood, entertainment and industrialization, this museum will create a central hub that pulls Wheeling’s story together. Currently, Wheeling has interpretive sites dedicated to specific parts of our history, but there is no central place for citizens and visitors to learn more about Wheeling, Dougherty said.

Henline has experience running a museum, as he served as site manager at West Virginia Independence Hall from 2009 to 2016. In that role, he oversaw staff scheduling and supervision, research and program planning, exhibit design and production, and budget administration and grant writing, among other duties.

Throughout his time at Independence Hall, Henline developed and produced more than 20 programs and events for the 150th anniversary of the Civil War and West Virginia statehood. He regularly worked in tandem with the State of West Virginia, the City of Wheeling and the WV Independence Hall Foundation Board, among other stakeholders, in determining and executing projects.

“Wheeling has such an incredibly important and rich history with people, events, stories, manufacturing and much more that had an impact not only on our region and state but our country as well,” Henline said. “The forthcoming museum will provide our community the opportunity to showcase our treasured past for our residents and visitors. Wheeling is a special place, and I look forward to sharing our stories with the world.”

The Museum Project Manager role is funded by Wheeling Heritage, the Wheeling-Ohio County Convention and Visitors Bureau, and the City of Wheeling.